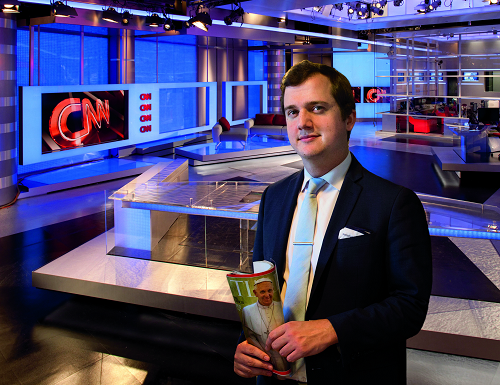 Our advertisement began running on National Catholic Reporter and Commonweal yesterday. Right now, when you click the advertisement, the link takes you to MoveOn’s 60 Day to Stop A War Take Action website. From there, you are able to dial into your Member of Congress and request them to support the Iran Deal.

At some point today, that link will change to our own website, which will list all the groups’ names, simple talking points, and give people a chance to dial in three elected officials (their one US Representatives and two Senators). While the MoveOn site is very effective, ours will ensure that people calling into the offices identify as a person of faith, which is important in both our narrative creation (Catholics support the deal) and coalition building (the God Squad takes action)

…I have phone calls early next week with senior advocacy staffers for the Archdiocese of Baltimore, Archdiocese of Washington (which includes territory in Maryland), and the Maryland Catholic Conference.

While I think there should be many goals for these meetings, I think the top-line goal is pretty clear: we need Archbishop William Lori and Cardinal Donald Wuerl to make direct appeals to Senators Cardin and Mikulski on this issue. While I don’t have any advance knowledge, I have a sense from the conversations setting up the meetings that there might be willingness for that to happen.

…I will be sending an additional e-mail to our C4 community on Tuesday to asking them to contact their Members of Congress. This was remarkably successful last week. Based on the digital metrics, we can safely assume thousands of our Catholic brothers and sisters are taking action on this issue. My colleagues will be working with our allies to scan the local newspapers this upcoming week to see if people are communicating faith values in supporting the deal to letters to the editors in newspapers across the nation. My initial sense is that they are. That would be something to be proud of for our group.

I’ll be taking some time off on both today and Monday to rejuvenate myself as my colleagues and I continue our grueling preparation for Pope Francis’s apostolic trip to the US. As you can imagine, Iran is just a portion of the work we’re doing in preparation for the Holy Father’s trip.

…I spoke to the White House yesterday and they assure us the media’s moniker calling us “God Squad” isn’t just sweet nothings, but actually a fair assessment of the substantial difference we’re making in this conversation.