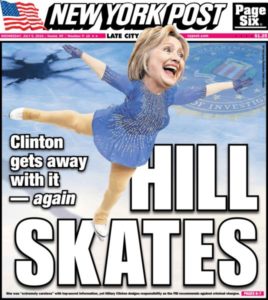 There is an excellent, thoughtful, and well written review of Catholics 4 Trump by Maureen Mullarkey over at studiomatters.com.

Jackson’s initiative is addressed specifically to Catholics because so many of us are invested in the theater of ourselves as high moral theologians. Catholics twist themselves into hangman’s knots with deliberations on the lesser of two evils. Which is the lesser, Trump or Clinton? Catholics are enjoined from choosing any evil. If Trump is as horrid as Clinton, the principle of double effect does not apply. Should not commitment to right behavior keep us home and away from the shabby compromises of the voting booth? Do we not put ourselves in moral jeopardy voting for Trump?

Oh, please! There comes a time to grant a bit of credit to Mae West: “Between two evils, I always choose the one I haven’t tried before.”

The Catholic blogosphere is sodden with Prufrockery: Do I dare to eat a peach? Do I dare descend the stair? Dare disturb the universe of my own fine preferences? It is a masturbatory game destined to finish with the election of a vile, traitorous woman greedy for power and money. A woman with a squalid history of shady dealings, evidence gone missing, and lies with calamitous consequences.

Jackson is making the point that refusing to choose is, in fact, a choice. It is a self-admiring one that permits the chooser to gaze on his own clean hands instead of on the outcome of his decision-by-default. Abstention from this election is the vain choice of moral cowards.

Mullarkey nails the precise problem with our over scrupulous Catholic blogosphere. The last paragraph is pure gold. Maureen, if you want to write for the site, you are welcome anytime!

Please read the rest below and pass it on!