Zmirak: “Christians Would Be in a Fight for Civil Survival” Under Clinton Presidency 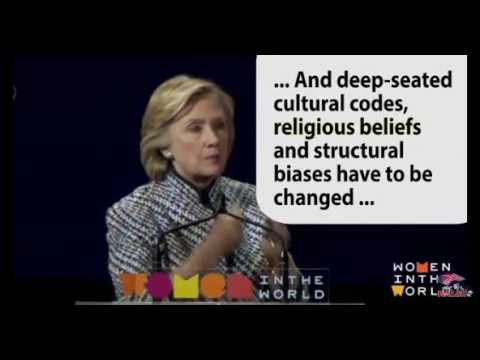 John Zmirak recently penned a short but important article at stream.org that hits to the very heart of why every Catholic, Christian, Pro-Lifer, and conservative must vote Trump in November. Why? Because our very way of life and freedom to practice our religion are at stake. They may be lost forever in this election. If you don’t believe it, please read carefully:

Hillary Clinton, whose actions were more destructive than Edward Snowden’s, might squeak her way into our country’s seat of supreme power, which she has just learned she may abuse without any consequences. If so, she has promised her Planned Parenthood financial backers to pack the nation’s courts with the likes of Mark Tushnet, the Harvard law professor who in May proclaimed that the “culture wars” are over, and that Christians and other conservatives ought to be treated as the Allies did the defeated Nazis and Japanese…

Now the left is threatening to tax our churches, close our colleges, force our doctors to sexually mutilate mentally ill patients, and make our pharmacists hand out abortion pills. The people of Massachusetts have just been told that they may not even vote on whether the multiculturalist, dumbed-down Common Core curriculum will be imposed upon their children…

Meanwhile our government proposes to spend our tax money providing sex change surgeries for soldiers and importing unvettable Muslim refugees all the way here from their safe havens in Turkey, while leaving local Christians to die.

A Supreme Court that Hillary Clinton has not yet had the chance to pack has tossed out basic safety laws that briefly made Texas abortion clinics less dangerous to women than Kermit Gosnell’s butcher shop, perhaps undoing similar laws in many other states — the fruit of decades of patient, scrupulous incremental work by the pro-life movement through the democratic process. All tossed in the trash. The icy contempt which British elites expressed for that nation’s voters after Brexit is reflected perfectly here, as the Citizens of International Business Class unite to repress the “racist,” “xenophobic” masses.

The left has made itself not our opponent but our enemy. While its partisans are still our fellow citizens and deserve basic Christian charity, they do not deserve our trust. We are long past the time when it was possible to compromise with the left in view of some agreed-upon common good. They have blasted it into No Man’s Land.

We are locked in a Hobbesean conflict for mere civic survival.