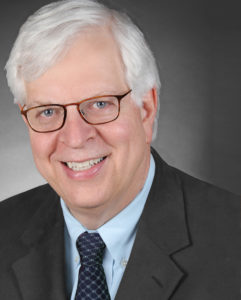 Although we disagree with Prager’s situational-ethics analysis on certain points, he makes other good points as to why conservatives on the fence should vote Trump in November:

Take the argument from “conscience.” I don’t find it compelling because it means that your conscience is clear if you made it possible for Hillary Clinton or any other Democrat to win. In fact, the “conscience” argument is so weak that, to his credit, Jonah Goldberg, in a column published two days ago, titled, “Sorry, I Still Won’t Ever Vote for Trump,” wrote: “If the election were a perfect tie, and the vote fell to me and me alone, I’d probably vote for none other than Donald Trump.” Shouldn’t all Americans vote as if their vote were the deciding vote — even those whose votes “don’t count” because they live in states so left-wing that if Lenin headed the Democratic ticket, those states would still vote Democrat?…

In the 2016 presidential race I am not interested in moral purity. I am interested in defeating the Left and its party, the Democrats. The notion, expressed by virtually every #NeverTrump advocate, that we can live with another four years of a Democratic president, is, forgive me, mind-boggling. With at least one and probably more additional leftists on the Supreme Court, a Republican presidential victory in 2020, even if that would happen, would mean little. All the Left needs are courts, especially the Supreme Court. Left-wing judges use their position to pass so many left-wing laws that they render who controls Congress and even the White House almost irrelevant. Here then are nine reasons — there are more — why a conservative should prefer a Trump presidency to that of a Democrat:

No Place to Escape To…

Don’t Let the Perfect Be The Enemy of the Good