Hillary’s Myth: A Gender Pay Gap Based on Discrimination 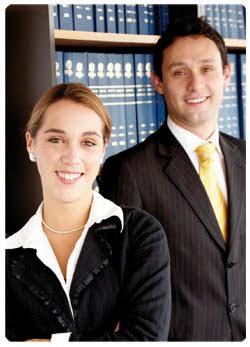 Speaker after speaker at the Democratic convention have now railed for four days about ensuring “equal pay for equal work.”  This is puzzling since every Democrat in recent memory has vowed to fix this problem in their administration. We’ve now had close to 16 combined years of Democratic presidents since 1992, but still somehow the “gender pay gap” is not fixed. Now Hillary Clinton in 2016 is the latest Democratic nominee vowing to fix it.

But isn’t this the modus operandi of Democrats? They play up problems that only they can solve, but yet they are somehow never solved. For if they were solved, you’d have no reason to vote for them. One of the problems they play up is discrimination. If you listen to the Democrats at the convention, you would think we are living under Sharia law the way they imply companies are blatantly paying men one wage for doing the exact same job and a woman another. But is this true?

One only needs to do a cursory Google search to find that “equal pay for equal work” is already the law. Was it signed by Jimmy Carter? Bill Clinton? President Obama? No. Try John F. Kennedy in 1963. That’s right: 1963. This means the issue that the Democrats keep railing about as an immediate  pressing problem was already solved by a Democratic president 53 years ago. And solved it was. Yet a solved problem does not create an issue you one can rally votes behind.

Hence, liberals continue to cite the misleading statistic that women earn 79 cents on every dollar that men do. This obviously implies that the missing 21 cents is due to discrimination. But in reality feminists got this mythical number from a dishonest comparison of apples to oranges. Economist after economist has busted this myth over the years, including a female economist from Harvard, but to no avail.

In order to equip you with the facts and to inform others, I’ve compiled a handy list of articles you can use to debunk this myth. The Democrats’ only hope to win 2016, as in every other election, is to bamboozle the public into thinking Republicans hate women. We saw it in 2012 when the Democrats somehow absurdly turned Mitt Romney, lukewarm at best on conservative social issues like abortion, into some sort of women hating monster that cost him a large percentage of female voters.

Unfortunately, for the Democrats the facts tell another story about the “gender pay gap.” Highlights from an article by Guy Bentley at the Daily Caller are below, but don’t forget to check out various other stories in the links provided at the end. You’ll be amazed:

The 79 cents claim suffers from the assumption that women in the U.S. are being paid substantially less for the exact same work, in the same jobs, working the same hours, with the same productivity and taking the same amount of time off, etc.

When President Barack Obama waded into the debate in 2012 claiming women were paid 77 cents on the dollar for doing the same work as men, Politifact labeled his statement as “mostly false.”

Each year, economist after economist wearily takes to the keyboard to explain to pay gap fanatics that the gap has almost nothing to do with sexism and discrimination and that there are bigger factors at play.

One of the reasons why men as a whole earn more, on average than women, is that men work more hours than women. According to Mark Perry, economist and scholar at the American Enterprise Institute, the average man working full-time worked almost two more hours per week in 2014.

In the same year, women in full-time work were found to be two and a half times more likely to have shorter workweeks of 35 to 39 hours per week, according to the Bureau of Labor Statistics.

One of the most obvious reasons why an earnings gap arises is because many women leave the workforce temporarily to have children. “Anything that leads you to want to have more time is going to be a large factor,” says Harvard economist Claudia Goldin.

Women who choose to have children and take time off work can suffer a significant hit in earning compared to their male peers. “But we also see large differences in where they are, in their job titles, and a lot of that occurs a year or two after a kid is born, and it occurs for women and not for men,” Goldin adds. “If anything, men tend to work somewhat harder.”

A study from the University of Massachusetts found that for each child a woman has their earnings decrease by 4 percent.

A large part of the apparent disparity between men and women’s pay is down to career choice. Men and women often choose very different careers with men going into higher risk, higher paying professions.

A Department of Labor study released in 2009, which reviewed upwards of 50 peer-reviewed papers, concluded the wage gap “may be almost entirely the result of individual choices being made by both male and female workers.”

“Women, more than men, show a demonstrated preference for lower risk occupations with greater workplace safety and comfort, and they are frequently willing to accept lower wages for the greater safety and reduced probability of work-related injury or death,” Perry argues.

In 2014, men made up 92.3 percent of workplace deaths. “Because men far outnumber women in the most dangerous, but higher-paying occupations that have the greatest probability of job-related injury or death,” says Perry.