Recent News Confirms: All Catholics Should Vote for Trump; Immoral for Catholics to Vote for Hillary 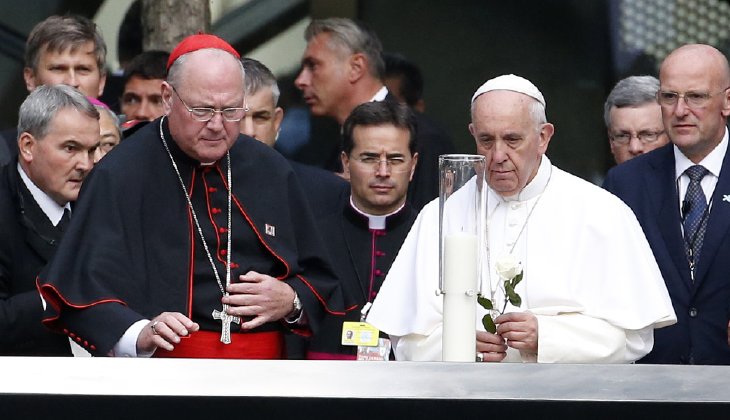 From Restore DC-Catholicism September 18 “Father Imbarrato On The Necessity Of Voting For Trump”:

Father Imbarrato On The Necessity Of Voting For Trump

Below I’m posting a recent homily given by Father Imbarrato of Priests for Life.  He is indeed a “protest priest” spending many hours outside the new Two Rivers Planned Parenthood abortion mill in NE Washington.  Please listen closely to this homily.  Thanks to the Johnson Amendment (the amendment that he praises Trump for promising to eliminate), he cannot name Trump nor Clinton explicitly, but one would have to be incredibly dense not to understand his meanings…

From FaithZette on September 18, “Donald Trump’s Strong Stance on Life”:

Trump has released a letter to pro-life leaders outlining his plan on the life issue. In this letter, Donald Trump wrote the following bullet points:

The decision to unapologetically and unwaveringly stand in defense of life — particularly on the Hyde Amendment — confirms that Trump is serious when it comes to the issue of abortion.

In the final stages of his campaign, Trump is making sure the American people know where he stands. He is not pandering to the moderate electorate, which is what most candidates on both sides of the aisle usually do in the final days.

“Hillary Clinton’s unwavering commitment to advancing taxpayer-funded abortion on-demand stands in stark contrast to the commitments I’ve made,” Trump writes in his letter, “to advance the rights of unborn children and their mothers when elected president.”

The head of a major anti-abortion rights group is coming on board as chairwoman of Donald Trump’s pro-life coalition.

Marjorie Dannenfelser, the president of the Susan B. Anthony List, is assuming that position on Trump’s behalf, her organization plans to announce Friday. Co-chairs are slated to be rolled out later this month.

Dannenfelser will seek to mobilize “national and statewide anti-abortion leaders, with a particular emphasis on people in battleground states,” to activate their “spheres of influence” in support of the Trump campaign, said SBA List spokeswoman Mallory Quigley…

In a letter on Trump campaign stationary set to be circulated to other activists, Trump will announce Dannenfelser’s new position.

“I am writing to invite you to join my campaign’s Pro-Life Coalition, which is being spearheaded by longtime leader Marjorie Dannenfelser,” Trump writes. “As we head into the final stretch of the campaign, the help of leaders like you is essential to ensure that pro-life voters know where I stand, and also know where my opponent, Hillary Clinton, stands.”

In the document, he also spells out his position on abortion: nominating anti-abortion rights justices to the Supreme Court; defunding Planned Parenthood “as long as they continue to perform abortions, and reallocating their funding to community health centers that provide comprehensive health care for women;” signing into law a bill that would ban many abortions after 20 weeks of gestation; and making the Hyde Amendment—which restricts federal funding for abortion—permanent law.

Donald Trump today has issued a call to make permanent the Hyde Amendment that bans almost all federal taxpayer funding of abortions and is credited with saving the lives of over 1 million Americans from abortion. Trump-‘s call comes as Hillary Clinton is campaigning in reversing Hyde and forcing Americans to fund free abortions for women with their tax dollars…

The call for banning taxpayer funding of abortions comes in a new letter from Trump. Trump commits to a new policy: “Making the Hyde Amendment permanent law to protect taxpayers from having to pay for abortions.”

“Hillary Clinton’s unwavering commitment to advancing taxpayer-funded abortion on-demand stands in stark contrast to the commitments I’ve made,” Trump writes, “to advance the rights of unborn children and their mothers when elected president.”

Marjorie Dannenfelser of the pro-life Susan B. Anthony List praised Trump for calling for banning taxpayer funding of abortions.

“Not only has Mr. Trump doubled down on his three existing commitments to the pro-life movement, he has gone a step further in pledging to protect the Hyde Amendment and the conscience rights of millions of pro-life taxpayers. For a candidate to make additional commitments during a general election is almost unheard of,” Dannenfelser said.

Here is her full lamentation in a new interview with Capitol Weekly:

Overall, from a national perspective, our biggest concern is that if Donald Trump becomes president he would take action to defund our Planned Parenthood affiliates across the country … The Medicaid program under federal rules must be open to any provider who meets Medi-Cal standards, and of course we do. Donald Trump would follow other Republican predecessors by saying ‘Well if you do abortion you can’t be in the Medi-Cal program.’ The president would have the power working with Congress to strip Planned Parenthood of participation in the Medi-Cal program.

It’s not really just defunding us, it’s defunding access for the patients because oftentimes we are their provider of choice, or we’re their only choice, so we have to make sure at a national level that that doesn’t happen. We will do everything we can to make sure that Donald Trump is not the President of the United States.

Dolan took specific aim at Catholics for Choice which kicked off a new campaign called Abortion In Good Faith that was promoted in ads and calls for taxpayer funding of abortion.

Keep in mind, all of the following positions supported by Catholics for Choice are also supported by Hillary Clinton and Tim Kaine:

“The organization rejects and distorts Catholic social teaching – and actually attacks its foundation. As Pope Francis said this summer to leaders in Poland, ‘Life must always be welcomed and protected…from conception to natural death. All of us are called to respect life and care for it.’

“CFC’s extreme ads promote abortion as if it were a social good. But abortion kills the most defenseless among us, harms women, and tears at the heart of families. Pushing for public funding would force all taxpaying Americans to be complicit in the violence of abortion and an industry that puts profit above the well-being of women and children.”

Sen. Tim Kaine’s Catholic bishop in Richmond, Va., has an answer for the Democratic vice presidential pick’s prediction that the Vatican will change its opposition to same sex marriage: Never.

In a statement provided to Secrets, Bishop Francis X. DiLorenzo said,“Marriage is the only institution uniting one man and one woman with each other and with any child who comes from their union. Redefining marriage furthers no one’s rights.”…

“More than a year after the U.S. Supreme Court’s ruling on marriage, and despite recent statements from the campaign trail, the Catholic Church’s 2,000-year-old teaching to the truth about what constitutes marriage remains unchanged and resolute,” he said.

“As Catholics, we believe, all humans warrant dignity and deserve love and respect, and unjust discrimination is always wrong. Our understanding of marriage, however, is a matter or justice and fidelity to our Creator’s original design,” he added.

He concluded, “We call on Catholics and all those concerned for preserving this sacred union to unite in prayer, to live and speak out with compassion and charity about the true nature of marriage — the heart of family life.”

The first order of business for Clinton and her friends at the abortion company is to force Americans to pay for abortions with their tax dollars by attempting to overturn the Hyde Amendment, which has protected Americans from funding most all abortions since the late 1970s. Upheld by the Supreme Court, the Hyde Amendment is now a target of abortion advocates who have moved from pro-choice to pro-abortion — forcing Americans not only to accept unlimited abortions before birth but to pay for them.

Earlier this year, campaigning in New Hampshire, Clinton made her support for tax-financed abortions clear.

During the rally, Hillary said abortion and abortion funding should be “defended both in principle and in practice.”

“Any right that requires you to take extra measures to access it is no right at all,” she continued as she listed a number of pro-life measures she opposes. “Not as long as we have laws on the books like the Hyde Amendment making it harder for low income women to exercise their full rights.”