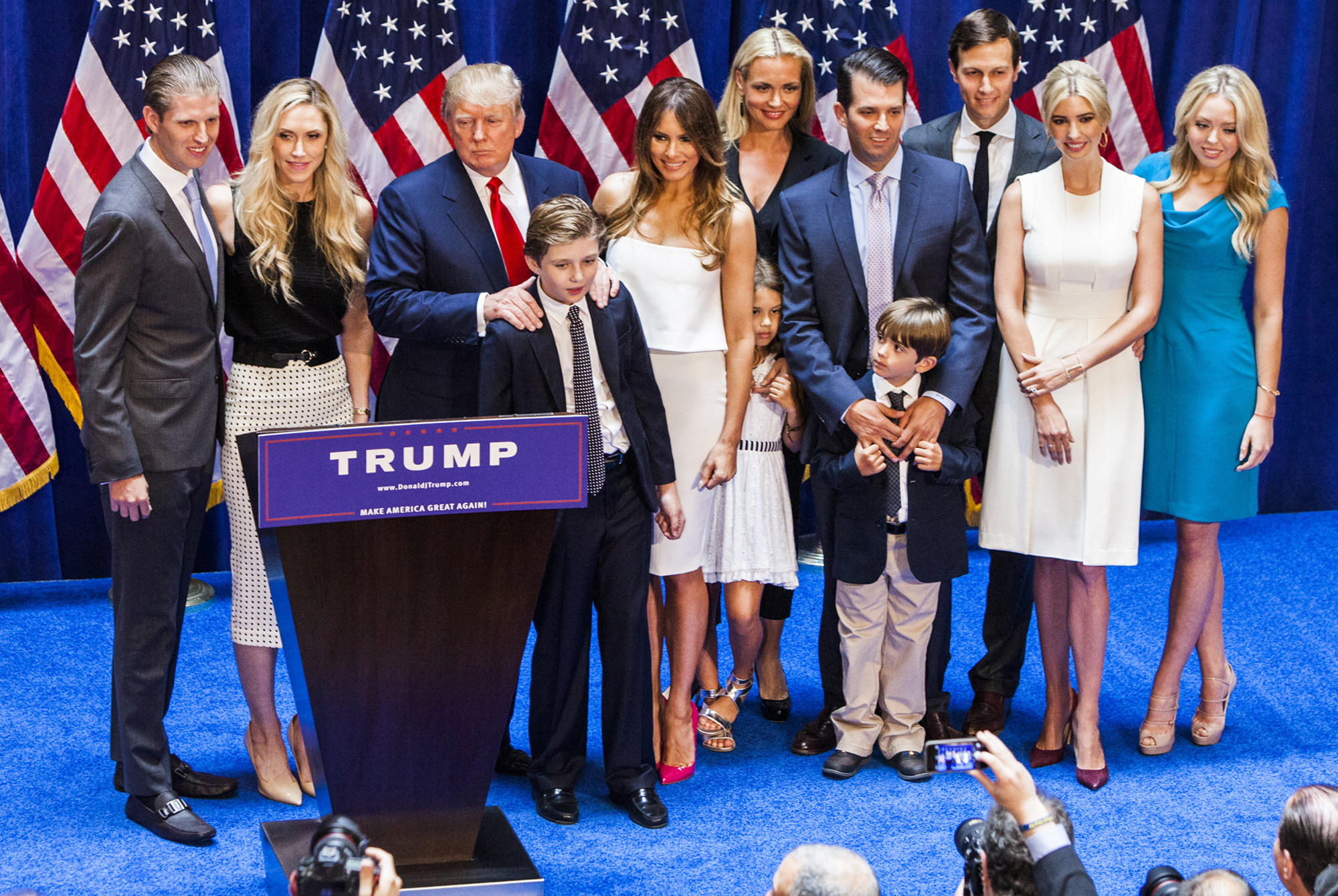 One thing I have noticed a lot of well meaning Catholics doing when it comes to Donald Trump is to confuse personality with character. In our soft American parishes today we are used to hearing constant messages about being polite and nice often at the expense of any real substantive Catholic teaching. The problem is that there are plenty of people who are very polite, nice, and well-mannered on the outside, but corrupt on the inside. Very many politicians come to mind (think Hillary Clinton). They talk a very good game, but their actions are quite a different story.

Enter Donald Trump. Trump is the exact opposite of what almost every social justice priest at your local guitar Mass says a Christian should be. He’s brash, boasting, confident, tough, unyielding, demanding, and blunt. In our very feminine and politically correct Church of 2016, these attributes alone are enough to horrify sensitive Catholic parishioners and have them mistakenly assume the man is evil , immoral, and Satan incarnate.

Yet, if one has any experience with the Greatest Generation of men, the World War II generation, they will have known many men who were brash, tough, who cursed, who had a temper, but who on the inside were decent and good men and possessed natural virtue. And one thing is for certain, they got things done, and they didn’t complain. Sure they made mistakes, they sinned, they weren’t perfect. But sometimes you didn’t get to experience their true character under the gruff exterior unless you were with them on a daily basis. These were the men who fought our wars, who worked blue collar jobs. Many of them Catholic men. Were they all bad or evil men because they were tough, hard working, and no-nonsense? Hardly. Feminine does not necessarily equal holy. The God that said “Let the little children come to Me” also drove out money changers with a whip and called the Pharisees a “brood of vipers.”

Maybe you think God couldn’t possibly be associated with someone like Trump. Trump is too vicious, rude and crude.

It’s pretty clear to me God sends unique people to be “war leaders.” That’s a different role than a pastor or church leader. God understands that.

Maybe God purposely sent Trump instead of the nice Republican powder puffs like Paul Ryan, or Mitt Romney, or John Kasich because he wants us to win.

And maybe it’s time to re-define “nice.” Maybe Mitt Romney and Paul Ryan aren’t nice at all- because they led us to defeat. And losing again would mean the end of America. And God can’t allow that.

Maybe Romney and Ryan mean well, but the road to hell is paved with good intentions.

Or maybe they’re just jealous they had their chance and blew it. Maybe they’d rather help elect Hillary than allow a Trump victory that would make them look weak, feckless and incompetent.

However, just because a man is a fighter doesn’t mean he can’t have a heart. Although portrayed by many on the left and in the #nevertrump camp as the embodiment of pure unadulterated evil, there is another side we seldom hear about. Donald Trump is not known for his modesty, but then again, all of his life he has been trying to sell and market his brand. Any sort of selling involves “puffing” or bragging about your product or name in order to make sales. This is the Trump we have seen since the 1980’s. But we don’t see Trump’s other side and that is because he doesn’t make it public.

Liz Crokin is a journalist who has covered Donald Trump for ten years and she doesn’t recognize the man the media makes him out to be:

Donald Trump is a racist, bigot, sexist, xenophobe, anti-Semitic and Islamophobe — did I miss anything? The left and the media launch these hideous kinds of attacks at Trump everyday; yet, nothing could be further from the truth about the real estate mogul. As an entertainment journalist, I’ve had the opportunity to cover Trump for over a decade, and in all my years covering him I’ve never heard anything negative about the man until he announced he was running for president. Keep in mind, I got paid a lot of money to dig up dirt on celebrities like Trump for a living so a scandalous story on the famous billionaire could’ve potentially sold a lot of magazines and would’ve been a “yuge” feather in my cap…

In 1986, Trump prevented the foreclosure of Annabell Hill’s family farm after her husband committed suicide.  Trump personally phoned down to the auction to stop the sale of her home and offered the widow money. Trump decided to take action after he saw Hill’s pleas for help in news reports.

In 1988, a commercial airline refused to fly Andrew Ten, a sick Orthodox Jewish child with a rare illness, across the country to get medical care because he had to travel with an elaborate life-support system. His grief stricken parents contacted Trump for help and he didn’t hesitate to send his own plane to take the child from Los Angeles to New York so he could get his treatment.

In 1991, 200 Marines who served in Operation Desert Storm spent time at Camp Lejeune in North Carolina before they were scheduled to return home to their families. However, the Marines were told that a mistake had been made and an aircraft would not be able to take them home on their scheduled departure date. When Trump got wind of this, he sent his plane to make two trips from North Carolina to Miami to safely return the Gulf War Marines to their loved ones.

In 1995, a motorist stopped to help Trump after the limo he was traveling in got a flat tire. Trump asked the Good Samaritan how he could repay him for his help. All the man asked for was a bouquet of flowers for his wife. A few weeks later Trump sent the flowers with a note that read: “We’ve paid off your mortgage.”…

In 2000, Maury Povich featured a little girl named Megan who struggled with Brittle Bone Disease on his show and Trump happened to be watching. Trump said the little girl’s story and positive attitude touched his heart. So he contacted Maury and gifted the little girl and her family with a very generous check…

In 2014, Trump gave $25,000 to Sgt. Andrew Tahmooressi after he spent seven months in a Mexican jail for accidentally crossing the US-Mexico border. President Barack Obama couldn’t even be bothered to make one phone call to assist with the United States Marine’s release; however, Trump opened his pocketbook to help this serviceman get back on his feet…

Lynne Patton, a black female executive for the Trump Organization, released a statement in 2016 defending her boss against accusations that he’s a racist and a bigot. She tearfully revealed how she’s struggled with substance abuse and addiction for years. Instead of kicking her to the curb, she said the Trump Organization and his entire family loyally stood by her through “immensely difficult times.”

All of this is not to say Donald Trump is a saint. As we all know, in his younger days he was a playboy and he has had two divorces. He is far from a paragon of Christian virtue and humility, though by all accounts he has settled down and is now a family man who has, as everyone admits, done an admirable job raising his children. No, it does not seem like he is an extremely religious man and who knows what his Christian beliefs are. But yet our Faith tells us even pagans can have natural virtue. Hence, St. Thomas Aquinas found good in Aristotle and Plato.

The only point here is to not always judge by superficial politically correct qualities our soft modern Catholicism values. There are virtues and vices in all of us and some of us have rough personalities and are blunt. Are no New Yorkers capable of salvation? Judging by the sermons of some social justice priests, you would think the answer is no.

In any case, it is important that when we hear and endless stream of negatives attacking this man’s character, that he hates the disabled, that he hates hispanics, etc. we consider who is doing the attacking and why. Why did the non-stop attacks calling Donald Trump a racist, and a bigot, and a sexist mysteriously start when he began succeeding in the primaries? Why did the most vicious character attacks come from the GOP establishment including Mitt Romney, after Romney was happy to take money from and appear with Trump four years earlier?

I simply think it would be a good idea for some Catholics to remember that before we cast stones or publicly spread around every last hit piece on the man, God Himself said the following, “nor do I judge according to the look of man: for man seeth those things that appear, but the Lord beholdeth the heart.” ( 1 Samuel 16:17)