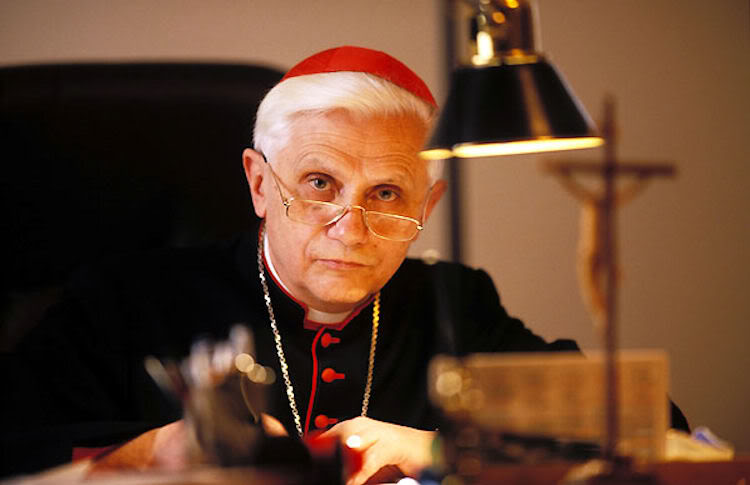 The Church teaches that abortion or euthanasia is a grave sin. The Encyclical Letter Evangelium vitae, with reference to judicial decisions or civil laws that authorize or promote abortion or euthanasia, states that there is a “grave and clear obligation to oppose them by conscientious objection. […] In the case of an intrinsically unjust law, such as a law permitting abortion or euthanasia, it is therefore never licit to obey it, or to ‘take part in a propaganda campaign in favour of such a law or vote for it’” (no. 73). Christians have a “grave obligation of conscience not to cooperate formally in practices which, even if permitted by civil legislation, are contrary to God’s law. Indeed, from the moral standpoint, it is never licit to cooperate formally in evil. […] This cooperation can never be justified either by invoking respect for the freedom of others or by appealing to the fact that civil law permits it or requires it” (no. 74).

Not all moral issues have the same moral weight as abortion and euthanasia. For example, if a Catholic were to be at odds with the Holy Father on the application of capital punishment or on the decision to wage war, he would not for that reason be considered unworthy to present himself to receive Holy Communion. While the Church exhorts civil authorities to seek peace, not war, and to exercise discretion and mercy in imposing punishment on criminals, it may still be permissible to take up arms to repel an aggressor or to have recourse to capital punishment. There may be a legitimate diversity of opinion even among Catholics about waging war and applying the death penalty, but not however with regard to abortion and euthanasia.

After laying down these principles in the body of the letter, Cardinal Ratzinger then attaches a footnote. The purpose of the footnote is to distinguish between Catholics who know the Catholic teaching on abortion, yet vote for a pro-abortion candidate over a pro-life candidate anyway, and Catholics who are faced with two pro-abortion candidates and are permitted to vote for the lesser evil for proportionate reasons. The Cardinal states:

[N.B. A Catholic would be guilty of formal cooperation in evil, and so unworthy to present himself for Holy Communion, if he were to deliberately vote for a candidate precisely because of the candidate’s permissive stand on abortion and/or euthanasia. When a Catholic does not share a candidate’s stand in favour of abortion and/or euthanasia, but votes for that candidate for other reasons, it is considered remote material cooperation, which can be permitted in the presence of proportionate reasons.]

The second sentence above is the one certain shameful Catholics misinterpret and use as a pretext to try to justify and rationalize the blatantly immoral act of voting for Hillary Clinton in this year’s election (as well as pro-abortion Democratic candidates in every election.) To be clear, the ONLY circumstance where a Catholic could EVER vote for a pro-abortion candidate and not be guilty of grave sin would be something like the following:

1.) Only two candidates, A & B have any realistic possibility of winning an election.

2.) BOTH of these candidates support intrinsically evil positions on a grave matter (abortion).

In this scenario Catholics would have a proportionate reason to vote for candidate B. Although it would be remotely cooperating in evil, it could be tolerated in this case, because candidate B would represent the lesser evil as he or she would cause less harm on a non-negotiable Catholic moral issue of equal weight to abortion.

This rationale DOES NOT APPLY  to the 2016 election. In this election Hillary Clinton is committed to abortion up until the baby’s due date and has vowed as recently as the last debate, to only appoint pro-abortion judges. Trump, on the other hand, in the same debate, committed to appoint justices like pro-life Catholic Antonin Scalia and has also promised to choose his Supreme Court nominees from a list of pro-life judges.

Thus, in the 2016 election, proportionate reasons do not exist to ever vote for Hillary Clinton. As Cardinal Ratzinger made crystal clear, “There may be a legitimate diversity of opinion even among Catholics about waging war and applying the death penalty, but not however with regard to abortion and euthanasia.” (Ironically, in this case, Hillary is more pro-war than Trump, who adheres to a non-interventionist foreign policy and both candidates are for the death penalty.)

Thus, Cardinal Ratzinger is saying the exact opposite of what these dishonest Catholics keep publishing and promoting in the media. In the 2016 election he is saying that if you as a Catholic, knowing what the Church teaches on abortion, vote for pro-abortion Hillary Clinton anyway, you are not to present yourself to Holy Communion and are therefore in a state of mortal sin. This jibes perfectly with what  Father John Lankeit said in the following homily:

“Voting for a pro-abortion politician when a plausible pro-life alternative exists constitutes material cooperation with intrinsic evil, and those Catholics who do so place themselves outside of the full communion of Christ’s Church and under the judgment of divine law.”

In addition, none other than Priests for Life pointed out the hypocrisy of Catholics who were trying to distort Cardinal Ratzinger’s letter as soon as it came out in 2004:

A Further Explanation of the Memo

The memo of Cardinal Ratzinger was included with a letter to Cardinal McCarrick of Washington, and the memo became public at the beginning of July…

All six paragraphs of the letter plus half of the footnote make it clear that Catholics who support abortion by voting for pro-abortion candidates are cooperating in evil and may not receive Communion.

The second half of the footnote addresses cases where a person who opposes abortion could cast a vote for a pro-abortion candidate, in the presence of “proportionate reasons.” The single sentence of the Cardinal simply applies a standard Catholic moral teaching about “remote material cooperation.” Again, this is a brief reference to terms that carry centuries of reflection by Catholic (and other) ethicists.

It would be a mistake to interpret this teaching to mean that all issues are equal, and that a voter can choose a pro-abortion candidate because they don’t like the pro-life candidate’s position on capital punishment or war. Cardinal Ratzinger, in the same letter, stated, “Not all moral issues have the same moral weight as abortion and euthanasia. …There may be a legitimate diversity of opinion even among Catholics about waging war and applying the death penalty, but not however with regard to abortion and euthanasia.”

An example of the “proportionate reasons” that would justify voting for a candidate who approved of some abortions would be the case when the only two candidates able to win an election were both in favor of abortion. It is morally permissible to vote for the one who supports fewer abortions than his opponent.

The Pope and bishops have indicated that other human rights issues, like health, education, and poverty, are not proportionate to abortion and euthanasia. Click here to see various quotations that emphasize this point.

And to top it off, the head of Priests For Life, Fr. Frank Pavone, whose pro-life credentials are beyond dispute, recently revealed that he is voting for Donald Trump, as should all Catholics who are serious about Catholic moral teaching on abortion and preserving the very rights of the Church and Christians to functions as full citizens of the United States in the future. For our country as we know it, is at stake in this election. As Fr. Michael Orsi put it:

“We are in a battle for the soul of America…Somehow, [Christians] have come to buy the story that you cannot be political in church. Let me tell you right now, oh yes, you can, and oh, yes, you better be. Because you might not have a church to go to if you don’t vote the right way in November.”